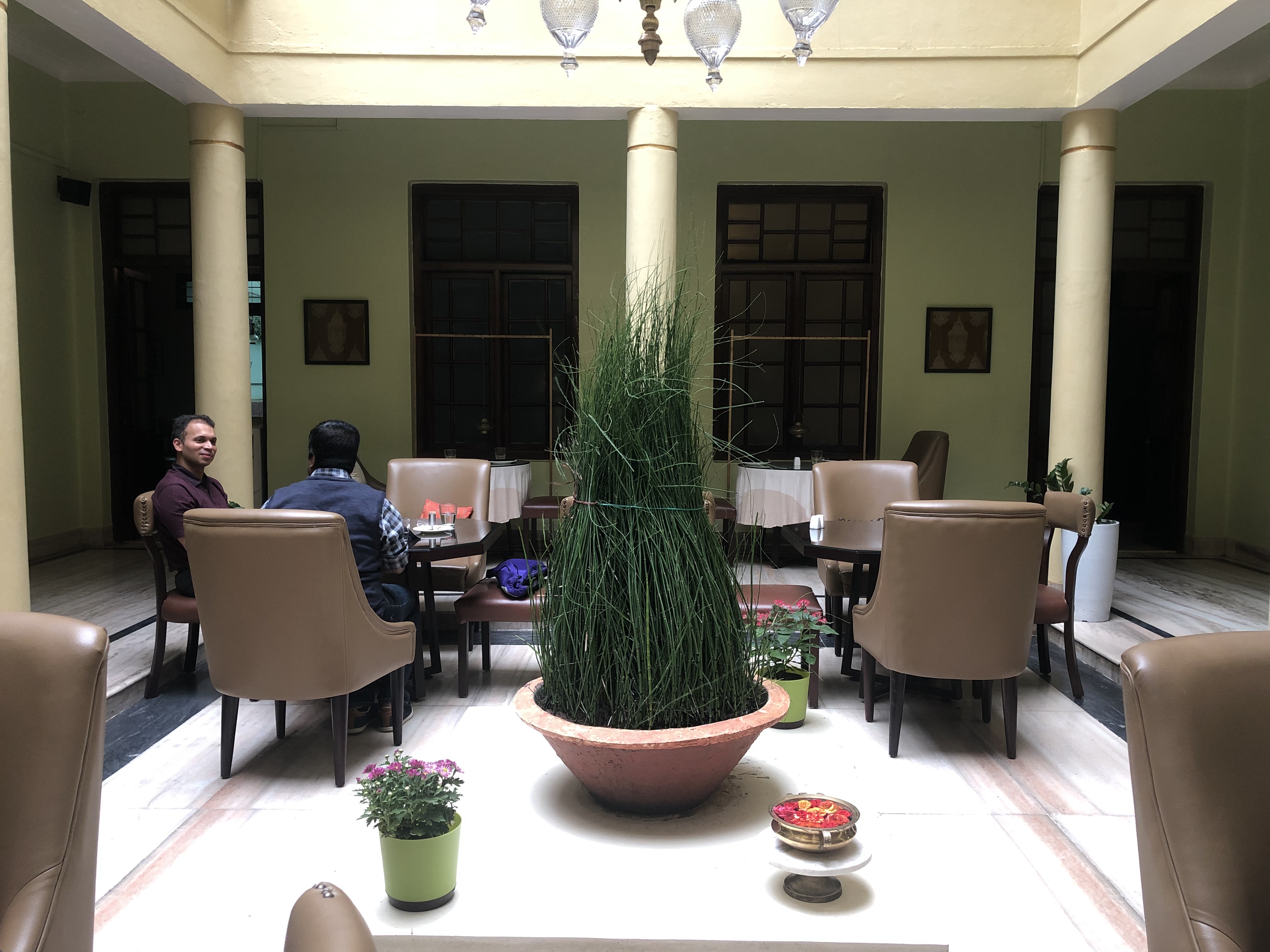 Awadhi Cuisine is one of the most talked cuisines in India. The origin is from Lucknow. The cooking patterns of Lucknow are similar to those of Central Asia, the Middle East and Northern India with the cuisine comprising both vegetarian and non-vegetarian dishes. The cooking techniques are influenced by Mughals, hence all the dishes are made with rich spices and saffron. Feast India Co, an year old restaurant which serves authentic Awadhi Cuisine in Bangalore. It’s located in amidst of lush green residential side of Cunningham Road. I have been told that, it’s a 99 year old bungalow owned by Wodeyars of Mysuru, converted in to a beautiful restaurant by preserving the good old charm. The ambiance is of Vintage & Colonial. That unforgettable afternoon started with Ajwain Paneer Tikka, the Paneer was soft, juicy, light and slightly smoky with the hint of ajwain flavor. This dish made me to forget the Paneer Tikka which I tried in past. Why should only Non Vegetarians have fun? You must try their Veg Galouti Kebab. The flavorful dish was creamy and silky. It was mouth-watering delicacy and just melted in mouth. I did try by topped with some onions and mint chutney, it was tasted even better. Kakori Kebab, one of the most renowned dishes of Awadhi cooking, these kebabs are known for their delicate surface and fragrant flavor. Much the same as Seekh Kebabs, they are barbecued on sticks and presented with Indian breads. Truth be told, they were displayed as a gentler and delicate adaptation of seekh kebabs which were at that point prominent in Awadhi. Feast India Co. made the Vegetarian Version by using Malai. One must certainly try it. We did try array of Breads like Warqi Paratha, Saunfiani Naan and Lachha Paratha with their Signature Dum Aloo Lucknowi and Awadhi Korma. Dum Aloo Lucknowi, the brown onion gravy was so flavorful with delicate potato and paneer gliding around. On the off chance that there ever was a formula fizzled but achieved its brilliance, this is it at that point! The Awadhi Korma was rich, mild spice level and one must admit it. Dal-E-Dum – the best ever Dal Makhani I have had till date. Subz Biryani – Biryani is a most loved of non-vegetarian nourishment and is a dish that is prepared utilizing various flavors and pastes in various districts. From Lucknow to Hyderabad, the arrangement of biryani varies a great deal anyway you will be astonished by the taste. Here is an ideal fundamental dish from Feast India Co for the vegetarians to savor their taste buds. The Awadhi Biryani comes straight from the place that is known for nawabs and has its heart loaded up with Lucknowi flavors. In Feast India Co, its prepared using Basmati rice, green peas, nutmeg, infant potatoes, cauliflower, carrots, yogurt, and bay leaves for sure. The interesting thing about here is that it is moderate cooked (By the manner in which it ought to be) with the goal that the flavors and fragrance remain and whisk appropriately. After the outlandish embellishing by rose and kewra water alongside bean stew drops and black pepper, the biryani is moderate cooked via fixing the top with wheat mixture. This is one of the best dish for a unique event and can be appreciated with loved ones.

The service was top notch and we were treated well.